This week's assignment is Shapes and Space. This is the same assignment I did back in digital photo Freshman year two years ago, though hopefully I have improved since then. As the description for the assignment was read in class, I immediately latched onto the idea of a tree trunk, and specifically a tree stump. Depending on the kind of tree stump it can show excellent shape and also texture. Of course, the idea of this assignment is to emphasize shape over texture, however I think they can often play off each other. So I immediately began thinking about a tree stump and I really liked the idea of doing a tree stump from directly above. I think this image is a good example of the perspective I'm going for, though I do want to change the framing quite a bit. 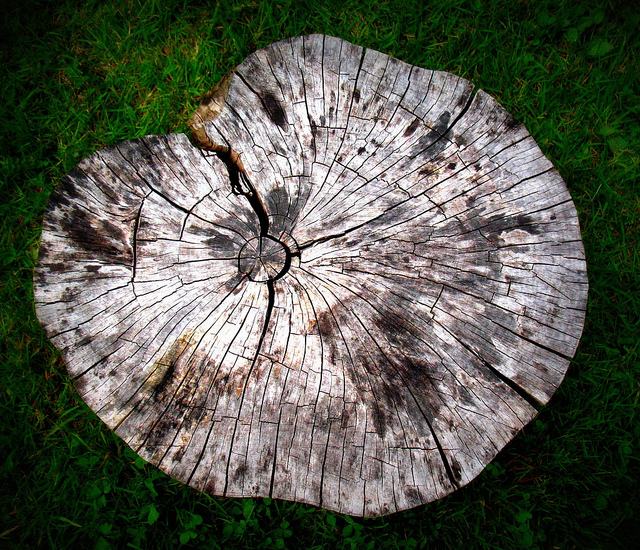 The idea is to have the stump on the left third line and centered vertically. I also want to play with the idea of having an old or tattered looking stuffed animal leaned against the side of the tree stump. I'm not sure why but I immediately thought of this, and it sort of represents someone mourning someone they've lost to me. I think this would add some very raw emotion to the image.

The second image idea I have is inspired by this photo: 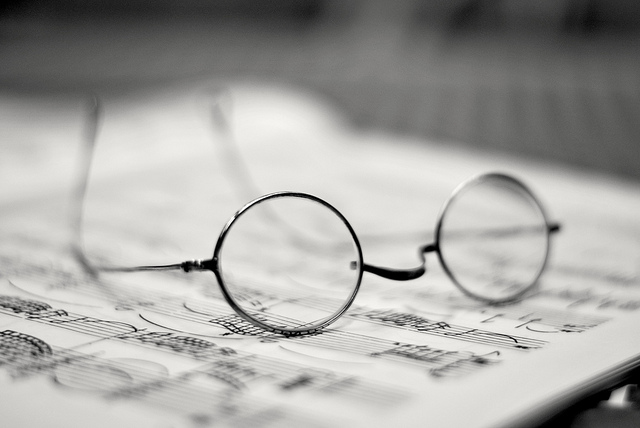 I like the idea of the glasses which carry strong shape sitting on something relevant to the image like music, or as I was thinking for mine, a drawing of some sort. I also would like to experiment with adding a drawing utensil or two in the background to bring more depth to the image, though I'm not sure how well this will work.

Another image idea I have is in the library. There are a few images this is inspired by, but this is the main one: 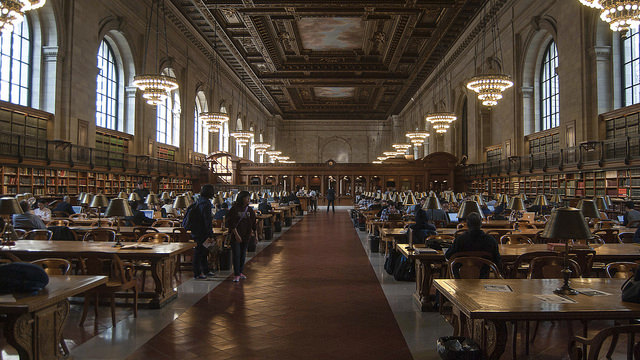 I want to do an image that really focuses on the depth of the library which is what this image does excellently in my opinion. In our library, I would like to do a space that emphasizes more of the book shelves and those shapes and possibly the interesting shapes of the windows as well.

Finally, water drops often make super interesting shapes. I think a shot like this is amazing because it is so simple and yet beautiful because of the unique shape that the droplet makes. 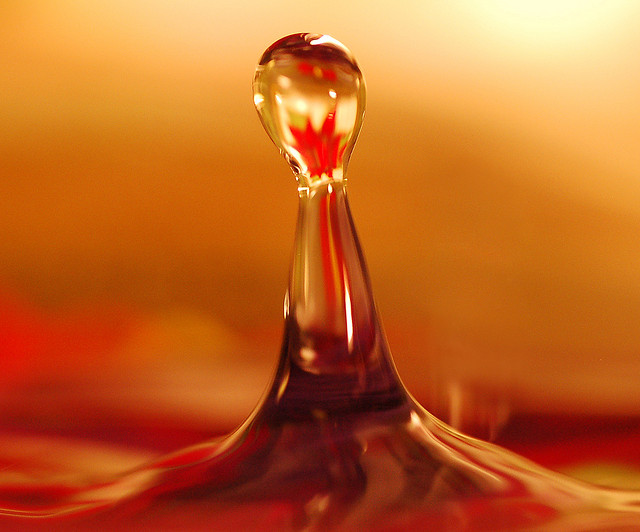 I would like to try to do something like this, but possibly try to have multiple in the same shot to add depth. However, that could possibly make the image less poignant so I will have to try both and see what works best.

I don't have anything big going on this weekend other than homework for other classes, so I really want to go out and shoot at the library as well as wherever I can find a tree stump at on Saturday and then try to do the other two at home on Sunday. That way I have the rest of the week to edit and possibly re-shoot if I want to one one or more of the shots.

Lastly, we were given a document with advice from students who had previously taken this course and were to choose the one that we found most poignant. Personally, I found this to be very important as I am already starting to think about what my concentration will be for next semester:

When it comes to your concentration, do some real honest thinking over Christmas break about what you could take photos of for 4 months and get new work each week and it continually gets better. I thought I would be able to do night photos, specifically orbs and I was to an extent, but you start to run out of locations and ideas and it can get repetitive so be ready to expand and only do something you are confident in and are willing to get better at in the long run.